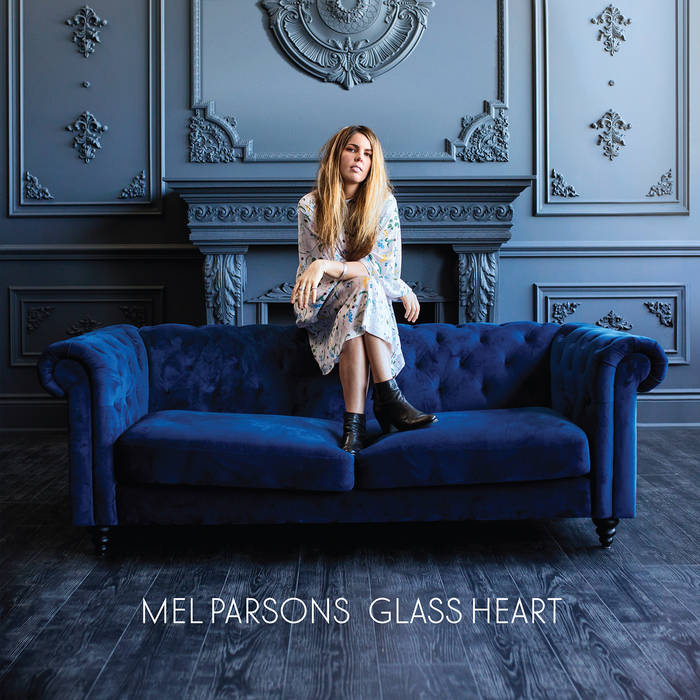 Bob Hargenblatz Mel is just so talented. I've loved her previous work, and this has to be her best album yet! Favorite track: Glass Heart.

Written across continents, Parsons started writing the record in Lyttelton, NZ in late 2017 and finished the last track in Los Angeles, via writing stints in far flung corners of North America - a cabin in a remote area of Washington State; rural Ohio; various locations throughout the Midwest and the far Eastern reaches of Canada’s maritime province Prince Edward Island.

“It hard to say whether the travelling really colours what I write, but I guess as a writer you are always observing and soaking in ideas wherever you go, so in that respect the travel may have influenced it. But essentially I still write what I write. Touring is kind of the same wherever you are in the world - a lot of airports, a lot of driving, setups, pack-downs. A green room is a green room whether you’re in Toronto or Wellington...”
Parsons seldom writes on the road but says of ‘Glass Heart’: "It was a particularly fertile writing period... songs were falling out all over the place, and I have learnt over the years that when that feeling of inspiration comes knocking you really have to drop everything and get that shit down.”
With a punishing solo tour schedule across North America, Parsons wasn’t literally able to drop everything, but suffering chronic insomnia on the road turned out to be a blessing in disguise, meaning that for once she was able to write while on tour.

“I had been wanting to work with Mitchell for a few years, so when our schedules finally aligned things happened pretty quickly,” says Parsons. “Mitchell and I had first been in touch back about working together back in 2015, but I’ve admired his work for a long time - he has produced some of my favourite albums.”

“You hear about how amazing these people are - and obviously by reputation you know that they’re operating at a really high level - but it wasn’t until we started working on the songs and got into the studio that I experienced Mitchell’s quiet genius firsthand.”

Parsons is no stranger to the limelight herself - the full-time touring artist garnered a Silver Scroll finalist nod for ‘Get Out Alive’ in 2015, won the 2016 NZCMA Best Song for ‘Alberta Sun’ and the VNZMA for Best Engineer for the ‘Drylands’ record. Both her debut album ‘Over My
Shoulder’ (2009) and sophomore offering ‘Red Grey Blue’ (2011) were also VNZMA finalists for Folk Album of the Year. Parsons is also a former cast member of Kiwi musical supergroup ‘Fly My Pretties‘, with sell out tours and festival performances throughout Australasia.

Bandcamp Daily  your guide to the world of Bandcamp

Guest hosted by Tamar Osbourn aka Collocutor and Toshio Matsuura.