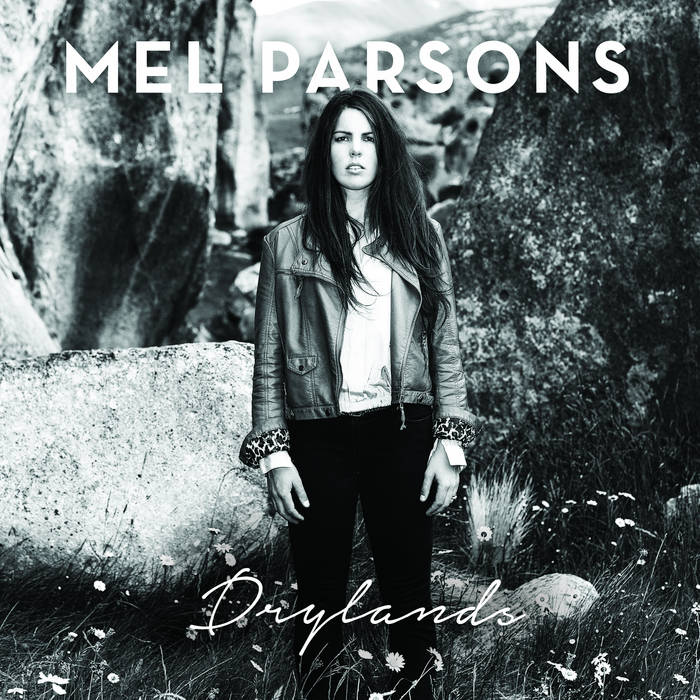 Mel Parsons cold-called one of her musical inspirations, iconic Canadian songwriter Ron Sexsmith, asking him to lend his voice to a song from her new album. Upon hearing the tracks, Sexsmith enthusiastically joined the project, contributing vocals to the song ‘Don’t Wait’ - a true testament to the quality of Parsons’ songwriting and commitment to her craft.

Equal parts lush and dark, ‘Drylands’ is Mel Parsons’ stunning 3rd full length album, and was recorded at Lee Prebble’s Surgery studio (The Phoenix Foundation, The Black Seeds), Wellington, in late 2014. Co-produced by Parsons and Irish-Kiwi Gerry Paul, the album is a sonic side-step from her last two releases while remaining true to the singer-songwriters’ essence - the telling of a good story. Hitting the studio immediately after a five week stint on the road, the pair had the ideal pre-recording road-test “it gave us the opportunity to feel out what worked, which songs really connected with audiences” recalls Parsons.

As with her last release, Mel Parsons’ touring companion and long-time friend Anika Moa features heavily as a backing vocalist on the album. Co-producer Gerry Paul (who tours internationally with Grammy-winning bluegrass star Tim O'Brien) plays most of the electric and acoustic guitars on the album, with Bunnies On Ponies’ Craig Terris on drums, and Parsons' longtime bassist Aaron Stewart rounding out the rhythm section.

Since her first release in 2009, two-time Tui Award finalist Parsons has made home a hotel room and a suitcase, building a solid fan base in NZ and around the globe; relentlessly racking up tours and festivals through Australia, Germany, Canada, UK & Ireland.

Currently touring in the cold climes of the North American winter, Parsons will hit the ground running in April for the release of ‘Drylands’, with performances at WOMAD & Festival of Colour, along with ‘Fly My Pretties’ shows at the prestigious Byron Bay Bluesfest in Australia before embarking on a 22-date nationwide tour of New Zealand with her band.
The first single from ‘Drylands’ is a gutsy new recording - complete with choir - of audience favourite ‘Far Away’, originally performed with ‘Fly My Pretties’.

Bandcamp Daily  your guide to the world of Bandcamp

Guest hosted by Tamar Osbourn aka Collocutor and Toshio Matsuura.